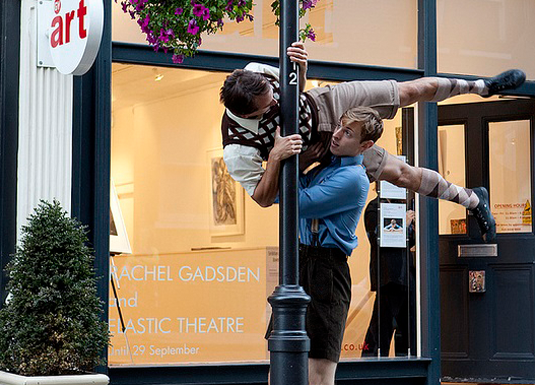 From large scale productions to intimate live interventions, Jacek Ludwig Scarso’s Elastic Theatre has developed a method based on the combination of different performance disciplines (vocal music, devised theatre and choreography), on a dramaturgical approach centred in improvisation through the inter-play of different texts, and on a flexible and ever-changing response to site. This method is at the heart of Jacek Ludwig Scarso’s performance research, which, in its contribution to Post-dramatic Theatre practices, was recently awarded PhD recognition.

Elastic Theatre’s live productions have been acclaimed internationally, with thanks to generous support from funding bodies including the Wellcome Trust and Jerwood Charitable Foundation and the collaboration with London Metropolitan University, where Elastic Theatre is in an ongoing residency.