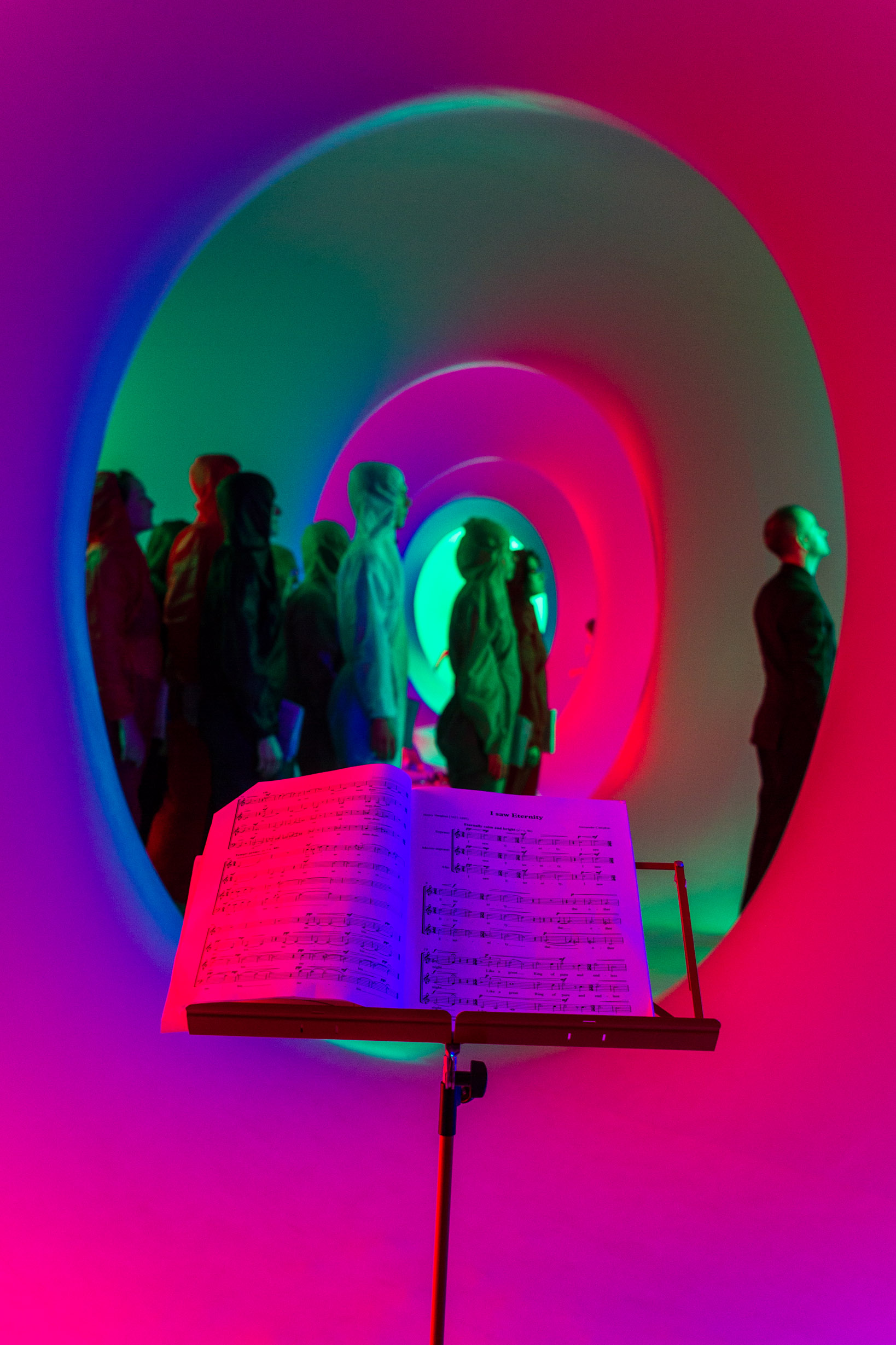 Jacek was invited by internationally acclaimed composer Alexander Campkin to direct the staging of a site-specific music concert on his new part-live, part-digital score for Colourscape. Inspired by the travels of 13th century explorer Marco Polo, this immersive concert invites the spectators create your own journey through an imaginary atlas. Navigating through Colourscape’s awe-inspiring spaces. Following the success of its premiere at Coloursape Music Festival in Clapham Common (London), the piece is currently being planned for international touring.

“At times all I need is a brief glimpse, an opening in the midst of an incongruous landscape, a glint of lights in the fog, the dialogue of two passers-by meeting in the crowd, and I think that, setting out from there, I will put together, piece by piece, the perfect city.”